Bunson CSR, through its partners at the Mount Kenya Trust, continues its tree-planting drive in the effort to off-set ours and our client’s carbon footprints while re-planting and protecting Kenya’s forests. The outreach of this partnership has expanded with the opening of a tree-nursery at the Ngushishi Secondary School, above Timau, on the slopes of Mt. Kenya. Ngushishi is the second such partnership that Bunson CSR is involved with (the first being Sirimon School Nursery, which continues to grow successfully). Along with the launch of the nursery at Ngushishi School was the launch of the One Tree Per Child initiative, being supported by another one of MKT’s partners, CHASE Africa UK. 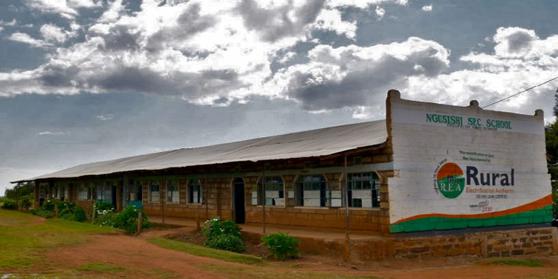 A team from Bunson CSR visited the nursery at Ngushishi Secondary School on Friday the 9th September 2016 to formally open the nursery and meet with the teachers and students that will be custodians of the tree-nursery and the One Tree per Child project. Ngushishi has an Environment Club, that is responsible for maintaining the nursery as well as getting more children from the school involved with their projects.

The One Tree Per Child project supported by CHASE Africa UK deals with the construction of woodlots at the schools where MKT and Bunson CSR have set up tree-nurseries. The woodlots will be planted on the school grounds, by the students at their respective schools (in amongst crops, while the trees are young) and maintained by the students. When the trees are of a good size and age, the school can use them to reduce its reliance on fuelwood from neighboring forest ecosystems and sold for timber as a form of revenue for the school.

Along with the One Tree Per Child project, the nursery will also form a vital part of the Environmental Club and curriculum and act as a live demonstration for forestry and agriculture-related topics. The trees can also be sold as saplings to the surrounding community as a form of revenue for the school and as the headmaster pointed out, the trees will certainly be used to plant around the school to make the surrounding more beautiful and for some natural land engineering to stop soil erosion and water run-off. 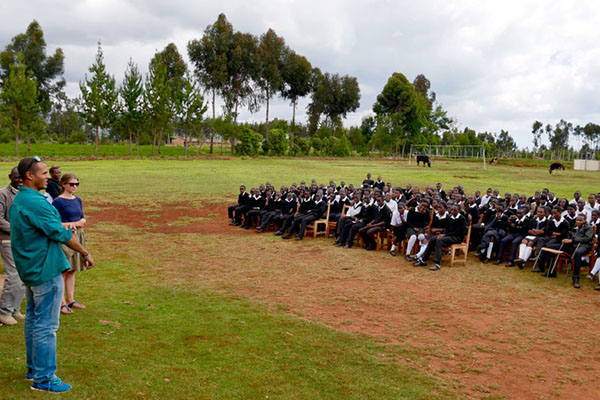 Bunson Travel Operations Director addressing the students at Ngushishi about the tree nursery and its importance.

It was encouraging to meet with a headmaster that is an avid tree-planter and shares an interest in the environment, as it means that this nursery will not be neglected and its potential fulfilled from the various perspectives mentioned.After meeting with the headmaster, we were given the opportunity to meet with the school and share the importance of such a project and reiterate the important role trees play in our day to day lives and the need to protect the environment we share with the trees we plant

We were then given a tour of the school grounds, which covered a visit to the nursery and the One Tree Per Child woodlot, both of which have taken shape very nicely and are already of benefit to the school. As the Bunson CSR and Mount Kenya Trust partnership continues to grow from strength to strength, there will be more schools that we hope to bring on board and set up tree nurseries that can feed into projects like One Tree Per Child.